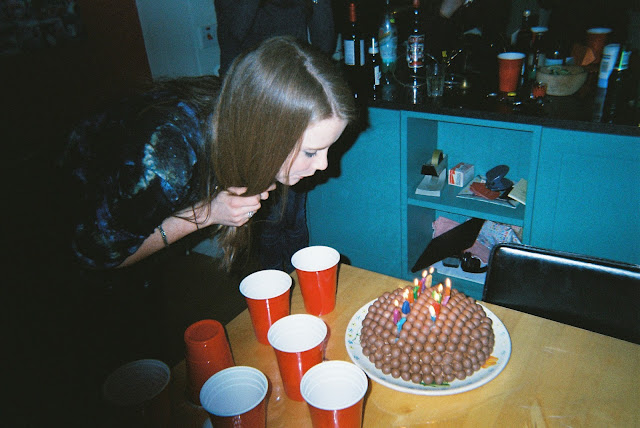 So last weekend hailed the mark of my 22nd year on this earth.


Coincidentally April is also turning out to be the month of my Dad moving house - as a consequence I felt it would be appropriate to wave a fond farewell to my childhood home with a (dinner) party.

The night ended up being a culmination of Mexican food, beer pong, my somewhat legendary 90s playlist and far far too much tequila. I was pretty much still feeling worse for wear 3 days later.
Now to the food. I went long with three varieties of chilli (hot, not and veggie), rice, nachos, sour cream and an industrial amount of guacamole. Apart from the positively stupid amount of rice I cooked and minus the odd doggy bag I packed up for a few drunkards to take home in the wee hours, amazingly,  it all got demolished.

Sadly a few tequilas down I was more interested in eating the food than taking pictures of it meaning that there isn't much photographic evidence of the meal - however the recipe I adopted was the Jamie Oliver cowboy chilli from Jamie's America. The combination of smoked, dried and fresh chilli along with the use of coffee instead of stock is inspired and generates an insane depth of meaty flavor. Personally I opted for a pulled pork version rather than beef but either would work a treat. 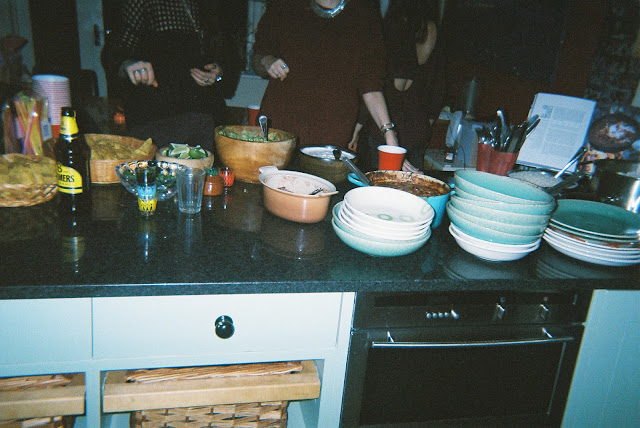 Shout out to Maddy the megababe for the most ridonculous cake a girl could ask for and to Abbie the sly Cinderella sister cleaning up in the wings.

Love and thanks also to everyone who came from near, far and for all the amazing presents, cards and flowers. You all rock my 90s kid socks.

Firstly make your coffee and drop in the dried chilli to rehydrate a bit and infuse.

While that is happening, sweat your onions until soft in the oil and then add the garlic, fresh chilli and spices. Sweat for a further few minutes until fragrant.

Add the pork and stir to coat in the spice mix and add your coffee, sugar and the dried chilli chopped up.  Then throw in your tinned tomatoes and season liberally.

Cover and cook on a low heat for as long as you can afford (min 4 hours). Personally I simmered mine for about 5 or 6 and then left in the fridge over night to mature.

An hour or two before game time shred the meat, I personally fished it all out the sauce, shredded it and put it back in. This also gave me the opportunity to fish out the various cinnamon sticks and bay leaves on the assumption that a dunk person may end up chewing on them.

When the pork is shredded and back in the pot throw in your beans, check the seasoning and bring up to the heat to simmer without a lid on to thicken and reduce for a further half an hour.

Serve with your favorite Mexican condiments, I'd recommend fresh guacamole, sour cream and lime (and tequila).
Posted by Gabi at 02:57